Patricia Summersett is a Canadian Actress best known for voicing beloved characters in video games like Legend of Zelda: Breath of the Wild, Hyrule Warriors: Age of Calamity, Assassin’s Creed: Rogue, and Rainbow Six: Siege. She may be most well-known as the voice of Princess Zelda, part of a franchise with 29 video games that has sold more than 52 million copies as well as an American cartoon adaptation, multiple comic book adaptations, and soundtracks. The video game voice actor is appearing at Holiday Cosplay Tampa Bay on December 10-11 at the Tampa Convention Center. And tickets are affordable at $30 for single day and $45 for a weekend pass. 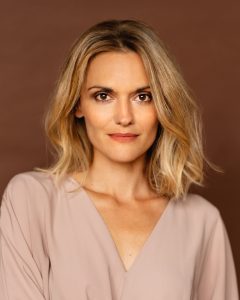 Favorite Character #1: Princess Zelda from the Legend of Zelda: Breath of the Wild

Princess Zelda is an elegant and benevolent princess, but she is also a scholar. She has a thirst for understanding ancient Hyrule and the technologies that have been uncovered, despite the disapproval from her father. She is the holder of the triforce of courage, and is trying her hardest to unlock it. In her mission, Zelda travels across Hyrule and attempts to unlock her power.

Watch Princess Zelda talking about the finding on a rare plant here.

Hope Jenson is part of the Colonial Brotherhood of Assassins in North America during the Seven’s Years war. She has an extensive information network because she is in charge of much of the organized crime in New York. Hope is incredibly cunning and shrewd, and she has a high rank within the brotherhood despite her young age. 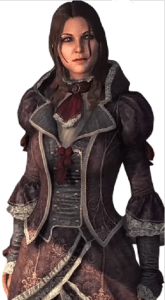 Watch a video of Hope throughout the game here.

Ash, also known as Eliza Cohen, is an attacking operator. She excelled in math and science, earning a degree in Structural Engineering. She joined Rainbow in 2015 after her leadership skills were acknowledged and was appointed Forward Leader. Ashe can be aggressive and overly confident, which has lead her to always act quickly, sometimes without thinking everything through.

Watch a video of all of Ashe’s voice lines here.

Favorite Character #4: Astrea in For Honor

Astrea is the representative hero for the Warmongers as she claims to be Apollyon’s reincarnation. It is prophesied that she will bring war back to the world. Her armor is styled to give her a silhouette similar to Apollyon. Astrea’s origins are not well known, but she becomes the leader of the Order of Horkos after receiving a vision from Horkos, which lead to her creating the Warmongers.

Galina is a Master Assassin in the Russian Brotherhood of Assassins. Her mother created her own animus for the Russian Branch. After a power surge causes the Animus to malfunction, and all her comrades start to go insane, Galina works with Gavin Banks to assassinate her mother, sister, and everyone else. This experience is shown to stay with her as later she is seen talking to her dead sister. She is one of the few modern assassins to weld double hidden blades. 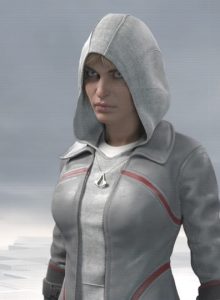 Watch this video of Galina talking to Shaun Hastings here.

Paula has been considered a genius her whole life. She has several degrees from Stanford University in different engineering disciplines and computer science. This led to her becoming the Engineering Director of Skell Technologies directly out of school, where she directly oversees the  development of the company’s most cutting edge-prototypes. She joins the outcasts after learning about Jace Skell’s Project Deus. 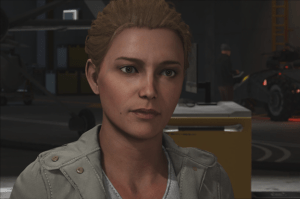 Watch Paula meet Nomad and learn the Outcasts are still at large here.

Bianca is a playable character in Guardian Tales. She is a water class ranged character that also uses a two handed sword. She is a succubus and was raised like a princess her entire life. She always had the highest quality education and this has led to her being extremely intelligent all around, however her succubi seduction classes were always failures because she does not absorb energy from humans. Instead, she pushed energy away in the form of icicles. 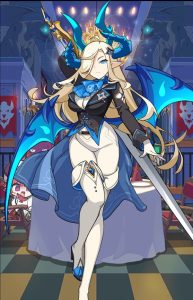 Watch Summersett as Bianca as well as several other voice actors in the game here.

Diadora is the Tenman Star, or the star of abundance, in Suikoden Tierkreis. She wasn’t always a Starbearer though. She was originally an Archivist collecting chronicles of the worlds. When she received the chronicle of her own world, she became a Starbearer. Because her world was destroyed when it merged with another world, she was skeptical about the current Starbearers, however eventually she learns they mean well and works to help them. She is logical and serious, choosing to work based on facts that are presented to her, which is what leads her to begin working with the Starbearers. 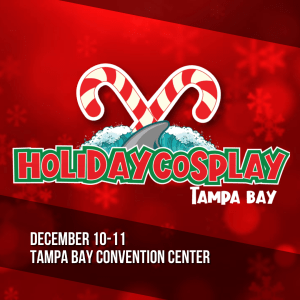 The new con is going big with six famous voice actors. In addition to Summersett, five others have been announced. Here are the voice actors scheduled for Holiday Cosplay Tampa Bay: 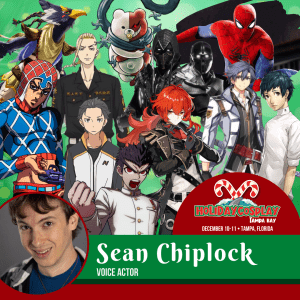 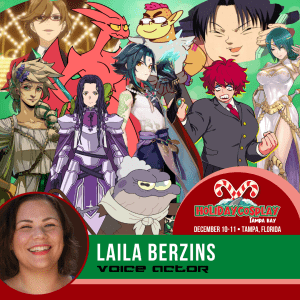 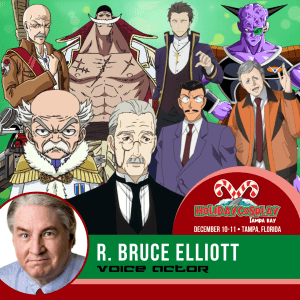 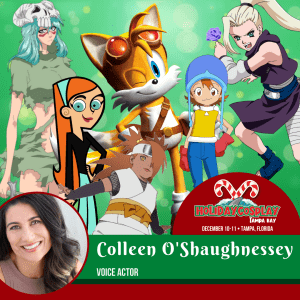 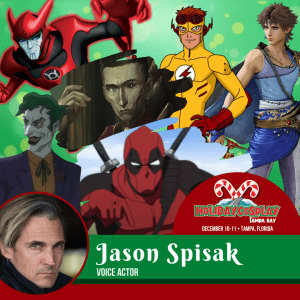 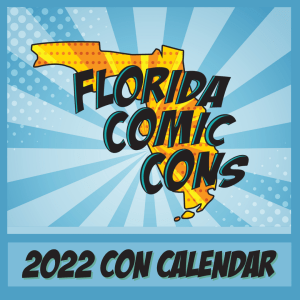