June is an excellent month for cons in Florida because there is a con every weekend, which means there are four conventions to visit this month. Each con has a different genre focus like sci-fi, horror, anime, and pop culture. In order, by date, the cons are are Infinitycon, SWFL SpaceCon, Spooky Empire, and finally Anime Festival Orlando (AFO).

Infinitycon is a pop culture convention with a focus on artists and creators for comic books, video games, tabletop games, and anime for all ages. Also, Infinitycon is excited to host the first Build Fight Fun Bot Brouhaha. They have over 30 different robots participating and fights will take place all day Saturday and Sunday. 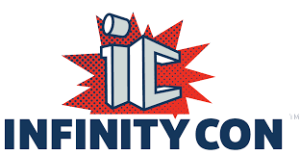 SWFL SpaceCon is a comic and Sci-Fi convention. There are three rooms with programming: the panel room, the game room, and the vendor room. Attendees have chances to meet celebrity guests, play Pokémon battles against a cosplay guest, and participate in a costume contest. 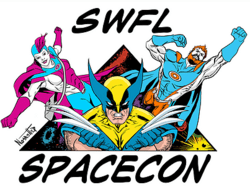 Tickets for the con can be bought in advance for $12. At the door tickets are $15. Also, for those that like to cosplay there is a discounted door price of $12. For children under 12, there is free admission for one child per paying adult.

Spooky Empire reports being “Florida’s Premier Horror Convention” since 2003, making it one of the largest horror conventions in the United States. Additionally, Spooky Empire hosts a Tattoo festival, which includes over 50 tattoo artists, and a costume contest where winners can win cash prizes and a custom wrestling belt.

Check out this fan video from last year’s con:

Tickets can be pre-purchased starting at $40 and start at $45 at the door. Congoers can also purchase weekend passes ahead of time for $75 or $80 at the door. And the VIP package must be bought online for $250.

AFO began in 2000 to celebrate Japanese animation and pop culture. AFO is a multi-day con that encourages its attendees to take part in it’s interactive RPG story called Tales of Orlandia and the free collectable card game, Warriors of Orlandia. AFO is also known for its AMV contest and will have several dance events this year.

Tickets range from $30 for a single day pass on Sunday up to the $100 Gold pass which grants early access to events all weekend.